An Updated Herpetofaunal Atlas for Ontario Beginning in 2009

An Updated Herpetofaunal Atlas for Ontario Beginning in 2009 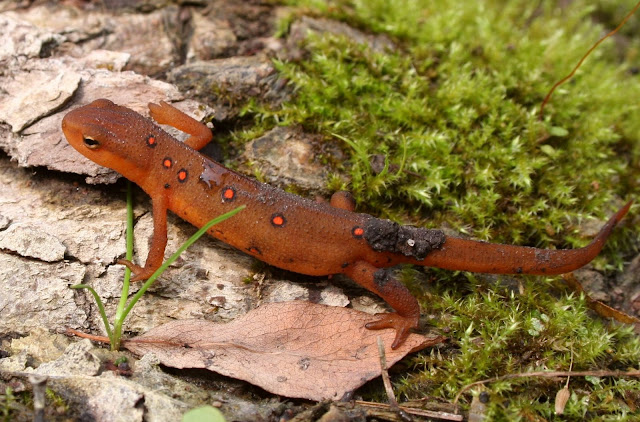 Thirty of Ontario’s forty-three species of reptiles are listed as Endangered, Threatened, or of Special Concern by the Committee on the Status of Endangered Wildlife in Canada (COSEWIC). Many of Ontario’s reptile species only occur in the southernmost parts of the province, which has become one of the most developed regions in Canada. As a result, habitat loss, roads, and other threats have caused drastic population declines, and some species have disappeared from many areas altogether. For example, the massasauga populations on the Bruce Peninsula were once continuous with those of eastern Georgian Bay, but now no longer occur south of Wiarton. The current distribution of the massasauga in Ontario is highly correlated with habitat loss and road density, suggesting that this range retraction is the result of the northward encroachment of agriculture, development, and roads in southern Ontario.

The rapid disappearance of reptiles throughout southern Ontario demonstrates the urgent need to identify and protect remaining populations. The previous Ontario Herpetofaunal Summary (OHS) Atlas has been compiling reptile and amphibian distribution data since 1984, and in that time approximately 150,000 records have been added to the database. Although the OHS database has provided an exceptional account of species distributions at the provincial scale, the locations of many populations remain unknown, and detailed information about population abundance or status is out of date in many areas.

In 2008, Ontario Nature received funding from the Environment Canada Habitat Stewardship Program, the OMNR Species at Risk Stewardship Fund, and the Metcalf Internship Program to begin a Reptiles at Risk project in Grey and Bruce counties. Populations of all at-risk reptiles in Ontario Nature’s Nature Reserves in Grey and Bruce counties were identified, important habitat was mapped, and management plans were drafted for each population. An outreach campaign was also initiated in order to increase awareness of reptile conservation, promote habitat stewardship, and reduce human persecution, road mortality, illegal collection and other threats. During Ontario Nature’s reptile work in Grey and Bruce counties, several new populations of at-risk reptiles were discovered, and it became apparent that the locations of many populations of reptiles have not been documented in this region.

Around the same time, the Eastern Ontario Model Forest (EOMF) received funding from the Environment Canada Habitat Stewardship Program and the OMNR Species at Risk Stewardship Fund to develop the methodology and framework for an Eastern Ontario Herpetofaunal Atlas and Awareness Program. An extensive outreach campaign was also developed for eastern Ontario to encourage participation in the atlas program and provide information about reptile and amphibian identification and conservation in eastern Ontario.

Through a partnership with the EOMF, the Natural Heritage Information Centre (NHIC), and other government and non-government groups, Ontario Nature is expanding the eastern Ontario atlas framework and building on the Grey-Bruce reptiles at risk program to begin an updated Ontario Herpetofaunal Atlas Program. Beginning in the spring of 2009, volunteers are encouraged to submit observations of reptiles and amphibians from anywhere in Ontario. Observation data can be reported by filling in an online form, or multiple observations can be entered into a downloadable Excel atlas reporting form and submitted over e-mail. A printable data sheet is available for participants to take into the field with them, and these completed forms can also be mailed in. Observations should be accompanied with photographs whenever possible to help confirm the identity of the species being reported. For the 2009 field season, the EOMF is holding a photo contest with monthly prizes for photos submitted with atlas observations from eastern Ontario. When conducting surveys for the atlas program, reptiles and amphibians should not be harassed or handled, and great care should be taken to avoid altering or destroying habitat. Atlas participants are also reminded to be respectful of private property and to never trespass in search of wildlife.

Groups that wish to participate in the herpetofaunal atlas program should contact Joe Crowley at joec@ontarionature.org to inquire about training workshops, volunteer survey events, herpetofaunal atlas program materials, and reptile and amphibian ID guides. Organizations with pre-existing reptile and amphibian occurrence data are encouraged to contribute their data to the atlas program as well. The data collected by the atlas will help to ensure that planning decisions, stewardship, habitat protection, and status assessments are better informed. For more information about the herpetofaunal atlas and photo contest or to submit observations, please visit the Eastern Ontario Model Forest’s website.

About the Author: Joe Crowley is the Reptiles at Risk Project Coordinator for Ontario Nature.